by Administrator 1 year ago1 year ago
6views

Most of us are trying to be greener and for some that means seeking out brands and companies that are environmentally-friendly. But how can you check firms really are as green as they make out?

Greenwashing – branding something as eco-friendly, green or sustainable when this is not the case – misleads consumers into thinking they are helping the planet by choosing those products.

And businesses are being held to account on this in the way they advertise. But what do customers need to look out for to spot greenwashing?

The Advertising Standards Agency says this is the area it receives the most complaints about. And some firms have already had adverts banned. 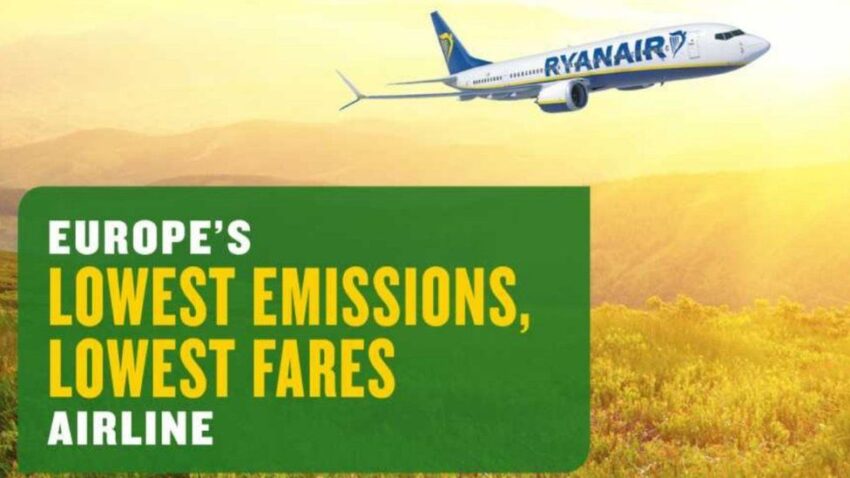 In 2019, the advertising regulator banned a Ryanair ad claiming it was the airline with Europe’s lowest emissions without sufficient evidence to support the claim. And a Hyundai advert, claiming a car “cleaned the air”, was also judged by the ASA to be misleading.

Ingredients in a product being described as “natural”, “organic” or “eco-friendly”, when only some of the ingredients can be described as this, can also fall into this category.

Sue Davies, head of Consumer Protection Policy at Which? says, in general, customers should try to find a secondary, authoritative source of information to back up manufacturers’ claims.

“Think about the bigger picture. For example, can environmental claims made on a single-use plastic water bottle be taken seriously?”

Images of nature or ‘green’ buzzwords

Phrases such as “eco”, “sustainable” and “green” are commonly used by companies to make the business appear environmentally conscious – but they rarely pertain to any scientific standards.

A website for HDS Group’s Amazing Cleaners, seen in July 2016, featured the claim “100% eco-friendly”. A complaint was upheld after it was found the statement was made without any evidence or explanation.

And an advert for Alpro Almond milk was also banned for a misleading environmental claim. The ad said the milk was “good for the planet”, branding it: “Your recipe to a healthier planet.” Alpro said customers would understand the ad’s slogan referred to plant-based products having a lower environmental impact.

But while the ASA said it understood the almonds used by Alpro were not sourced from areas where production could have a negative environmental impact, such claims must be clearer.

Fashion brands may promote clothes made of “sustainable” fabrics, even if the rest of their clothing line is damaging to the environment.

For example, a firm could claim to be environmentally-friendly, but not take into account supply-chain emissions from a coal-powered overseas factory used to make part of a product.

Other industries have fallen foul of this. As far back as 2007, the ASA ruled against Shell for an ad implying it used waste carbon dioxide to grow plants, when the regulator actually found the quantity used was only a small fraction of its emissions.

In another example, Edward Bulmer claimed its paint was “the most eco-friendly paint on the market”, but failed to highlight the fact it contained various ingredients that were not environmentally-friendly.

Look out for carbon offsetting

A government, business or individual can attempt to balance their own emissions by finding other ways to remove an equivalent amount of greenhouse gases from the atmosphere. The process is called carbon offsetting.

But environmental groups argue this is kicking the problem into the long grass rather than dealing with the issue of actually cutting emissions.

David Barmes, senior economist at the campaign group Positive Money, says offsetting is the most popular form of greenwashing.

“It’s riddled with fraud and allows firms to claim they’re meeting emissions targets while they continuously pump emissions into the air.” He adds: “The whole point of offsets is to allow these corporations to keep emitting with impunity and allow governments to claim they are meeting targets.”

Larger firms, or conglomerations, with a high environmental impact have often bought smaller brands to target environmentally conscious customers who otherwise might not have chosen to spend with them. So knowing what, or who, the ultimate owner of a firm is could be important if you want to find out their entire environmental impact.

Accountability and authenticity, Prof Eccles says, are serious problems. An entire businesses’ carbon emissions, he says, should be like calorie labels on a product, where “everyone pays attention to them, they are certified independently and they influence consumer decisions”.

Professor Kimberly Nicholas, senior lecturer in sustainability at Lund University, in Sweden, told the BBC that the most effective action is for companies to commit to eliminating fossil fuels from each part of their supply chains: “Customers need to direct their money away from all firms that are producing or connected to financing fossil fuels.” She said: “Without this action is useless.”

Eco-friendly products in a wider range

Some firms will market environmentally beneficial products, but will omit information about the impact of their other products.

Food company Quorn had an ad banned which involved the way carbon was certified for one of their products. ASA said the advert did not clarify what the claimed reduction of the carbon footprint was being measured against, and viewers would therefore not know what the basis of the reduction was.

Ms Davies, from Which?, says a lack of transparency is a key indicator that the company doesn’t have a wholly positive environmental impact. “If you’re struggling to find environmental information about a product, brand or service, take that as a warning sign.”

“Companies that have something to hide – or no good stories to tell – often make it harder for consumers to check out their eco credentials,” she adds.

Is the product and its packaging recyclable?

The “recyclable” label on some plastic items can be used for products that are not easy to recycle.

In 2018, McDonald’s announced it was going to get rid of single-use plastic straws in its restaurants, and offer paper straws instead. But the following year, it was accused of greenwashing when it was revealed the straws weren’t actually recyclable.

In 2019, the ASA said Ancol Pet Products was misleading customers by advertising dog waste bags as biodegradable after it was found that they would not biodegrade in their most likely destination of landfill or incineration.